You'll never be able to unsee this.

Seriously this is like nothing you've seen before, I promise, and you won't soon forget it.

Do not get mad when this is the last thing you see projected onto your closed eyelids before you fall asleep at night, because I'm warning you here.

I'm not kidding about this.

Do you see what I mean? Truly remarkable. Also, just in case you couldn't put two and two together on your own, that sleeve would normally encompass a penis. So that your hands are free to honk and squeeze those fake boobies. According to Inside Reality, the Tenga suit is designed to work with a choose-your-own-sex-adventure game called Sexy Beach, "but in the future could be used for intimate cyber meet-ups with those you may or may not know personally." So like, instead of meeting up with people to have sex, you could just have sex with them in the virtual realm — so long as you prefer caressing boobs to fondling butts (there doesn't appear to be a butt version yet).

Inside Reality reports that the straps and sensors that are attached to the suit send impulses to the wearer's body that are meant to make him feel like a human being is really touching him. 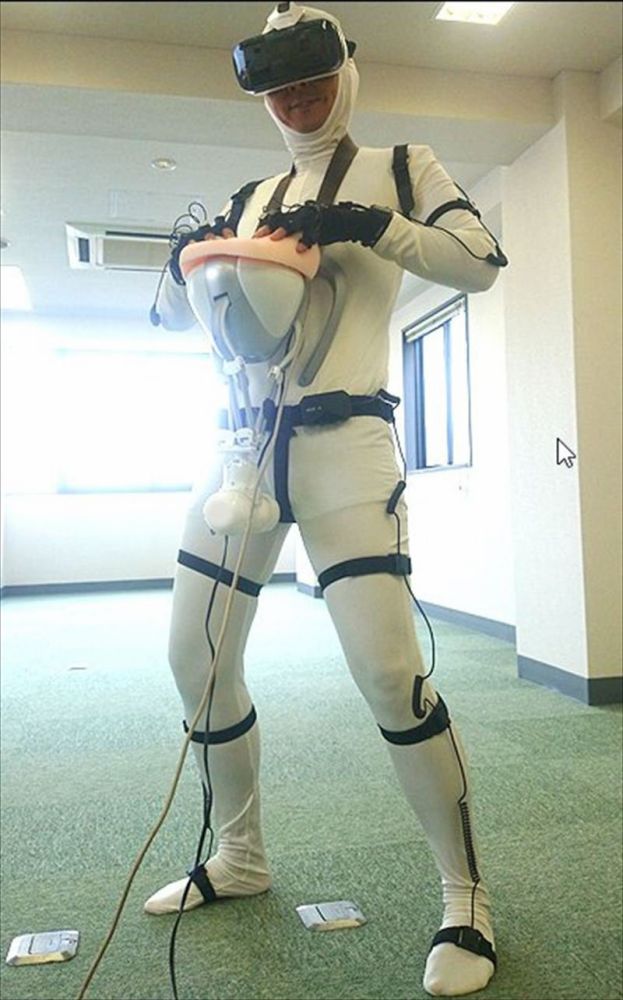 It seems like the weight of the suit — which doesn't look small — might be distracting from the whole sexy me time process, but maybe you get used to it after a while? Who knows. People don't seem too concerned about that being a problem, because according to Inside Reality, the $400 suit is already sold out.

Those of you who are chomping at the bit, ready to get your hands on a pair of these fake boobs and the suit attached, will have to wait. In the meantime, maybe just watching the video over and over again is enough to sustain you.