Azerbaijan once again has turned the region into a hot spot that threatens the security of Europe, President Serzh Sargsyan said at a joint press conference with the German Chancellor Angela Merkel in Berlin.

The president, particularly, said in his speech:

''It’s a great honor for me to once again conduct an official visit to the friendly Germany which is Armenia’s valuable friend at the European and international platforms, reliable partner, and a steadfast supporter. Thank you, Madam Chancellor, for the invitation and warm welcome. The agenda of the Armenian-German relations is pretty extensive. It comprises multifaceted bilateral relations, cooperation in the Armenia-European Union format, in the Armenia-NATO and peacekeeping missions format.

Naturally, under the conditions created by the recent large-scale aggression of Azerbaijan against Nagorno Karabakh, part of our discussions has been dedicated to that topic.

I’ve informed Chancellor Merkel in detail about the developments of last few days. Armenia highly values assistance of the German Chairmanship at the OSCE to the NK peace process conducted under the auspices of the OSCE Minsk Group. At the beginning of this year, Germany reiterated the proposal of the OSCE Minsk Group on the creation of the mechanisms for the investigation of the ceasefire violations. Armenia has always spoken in favor of such step as well as to the proposal to withdraw snipers from the line of contact as a confidence building or stability measure. However, these proposals have never been called to life. Azerbaijan bluntly rejects all confidence building measures and is pursuing other goals.

These goals were unambiguously revealed on the night of April 1-2. Ignoring more than twenty-year long efforts of the international community aimed at the establishment of peace, Azerbaijan launched large-scale military operations along the entire Karabakh-Azerbaijan line of contact. In fact, it was an unprecedented since the ceasefire offensive, aimed against the peaceful population. Thus, Azerbaijan has once again turned our region into a hotbed which threatens security in Europe.

The people of Karabakh want no war; they want a simple and understandable thing which all colonized people have always fought for: They want to master their own destiny and be free in creating their own future. They want their children to have a peaceful and happy childhood; they want to leave in a democratic state. They have no other aspirations.

It’s been almost thirty years – since 1988, that the people of Karabakh are compelled to fight for their freedom every day, have to prove every day that they have similar rights with other nations. And they have managed to make right steps under the imposed war, illegal blockade and endless violations of the fragile ceasefire. From the international community they expect just one thing: to recognize their rights.

I spoke about this with Madam Chancellor who is well aware of the details of the modern history of that struggling nation.

Taking this opportunity, I would like to once again thank the Government of Germany and personally Madam Chancellor for the continuous support to the Armenia-EU dialogue. It is vital for us, for the nation which is a bearer and a follower of the European values.'' 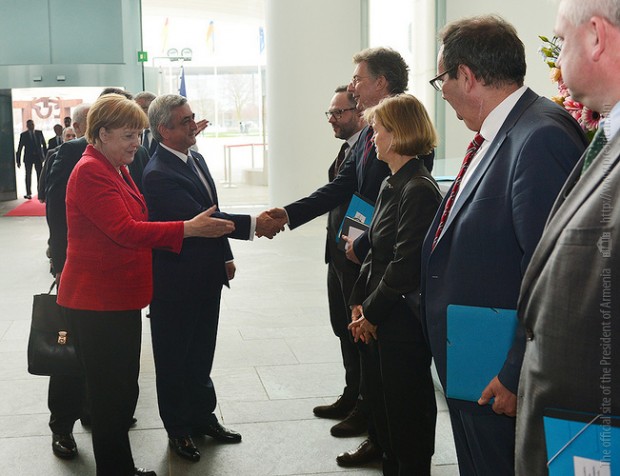 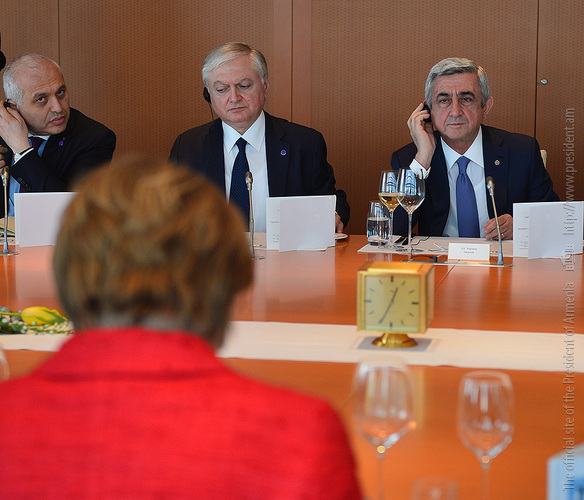 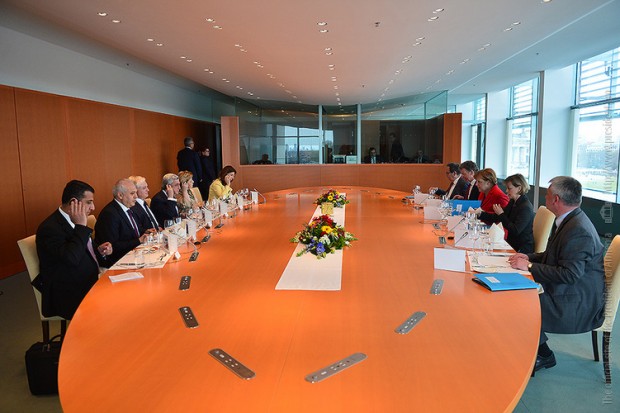 16:13 Unibank reported a 20% growth in the sphere of retail lending
Life