Is this a totally ridiculous thing to say? It is. Is it a necessary bodily function? It is. I'm aware. Nevertheless, I hate it. Well, hate's a strong word. But it is, at the very least, bothersome.

When I'm in back-to-back meetings or editing a story on deadline or finally finding time to eat my lunch, taking a break to take the time to walk down the loooong hallway to the bathroom to pee interrupts my day. It interrupts my flow.

And then there's the bewildering cult-like beauty obsession with drinking water. Nearly every dewy-faced ageless celebrity or model touts water and water alone as the secret to their agelessness. Message received: If you want to look beautiful, drink lots of water. But I tend to disregard that message in favor of delusional perceptions of uninterrupted productivity. I don't drink enough water. And I hold it.

I realized something might be awry when I counted the number times I peed one day recently and my grand total was… two. And if ever there were a sign that I ought to change my behavior, it's last week's gleeful tabloid headlines ("Ya Gotta Relieve!", "Field of Streams", and "A Swing and a Piss") about Mets' pitcher Matt Harvey's bladder infection caused by…holding it in. Even today, the New York Post published a story titled, "New Yorkers too busy to pee are getting UTIs like Matt Harvey." It's a thing.

So, I decided I ought to find out: How dangerous is it to pee just two times a day? How many times a day should one pee? And what color should it be?

Here, her answers, some of which you've probably heard before (yes, eight glasses of water a day is still the recommended amount), and some which scared me.

How bad is it if you (erm, I) pee only two or three times a day?

How bad is it to hold it?

It's bad because, first of all, it's the same thing with pooping. Some people have trouble if they hold their poop. They have trouble figuring out what to do when they're ready to go, so they kind of confuse the muscles. I believe it's the same thing with your urological system, where if you're holding it all the time, you may confuse the muscles, or you may have urinary retention when you're ready to go, so I think it's not a great idea.

How often should I be peeing every day?

Sometimes when you're drinking that much water, you're probably going to the bathroom every hour, every two hours because your body is getting rid of the water but the kidney's doing it's job to kind of get the electrolytes out, so you're going to be urinating a lot.

Yeah, yeah. I know. I try to drink 64 to even 80 ounces a day, and I'm always going to the bathroom, but it's fine. I notice a difference when I don't drink enough water. [If you're dehydrated] You just have a dry mouth, you may feel a little bit more tired. You may feel lightheaded if you're not hydrated enough. Those are pretty much the symptoms of not having enough water.

Looking at this paint swatch of hues of yellow, which hue is healthy, normal pee color and which color is urine trouble?

I would have to say Sun Shower for normal. [Ed. note: THIS WAS NOT PLANNED.] For dehydrated, I would say the bumble bee hue.

How much water should I be drinking a day?

Can you ever drink too much water?

Well, actually, yes. If patients are drinking gallons and gallons of water, it can affect your electrolytes actually. You can become where your sodium levels are very low, so you have to be careful with drinking too much. That's why we say around your weight level, that's your maximum. So you could drink half of your weight up to your weight.

Are there any other ways to get your daily recommended water dosage without drinking water?

And what about when you've worked out and sweat a lot?

I suggest if you're exercising that you drink water before, during your exercise, and after, so you need more because when you're exercising, you're sweating a lot, you're losing it. When you go to the toilet even having a bowel movement you're urinating or losing your water. Most of our bodies are made of water, so we have to replete it because our bodies really need that to be healthy and stay hydrated. 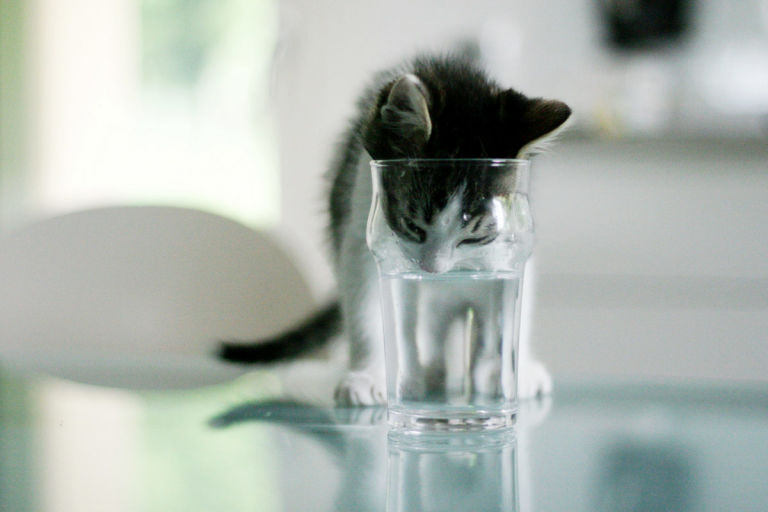 And now if you'll excuse me, I have to pee.