She's the only young woman in Trump's inner circle. ​

27-year-old Hope Hicks is the press secretary for Donald Trump's presidential campaign. She is, as you might imagine, crazy busy: traveling with Trump, responding to the tidal wave of media requests, and helping the candidate with his prolific tweeting. "I haven't really been home since Thanksgiving," she told New York magazine recently.

Although her name appears in the media often, Hicks has kept a very low profile during the campaign, scrubbing her public social media profile and staying away from stories written about her. (She politely declined a Cosmopolitan.com interview request.) But here are 10 things you should know about the young woman juggling Trump's message:

1. She's from Greenwich, Connecticut, a wealthy suburb of New York.

2. She's a former college jock. Hicks graduated from Southern Methodist University in Dallas, where she played Lacrosse for four years. "She is highly intelligent and brought that to the field in every game … When needed, she carried the team and would score, but preferred to have assists," her former Lacrosse coach Liz Holmes told The Washington Post. "She was the ultimate team player and competitor."

3. Her career started in 2012, when she joined the public relations firm Hiltzik Strategies. There, she worked with the Trump organization, according to The Washington Post. (The firm's founder, Matthew Hiltzik, has worked for Hillary Clinton.) In August 2014, she went in-house with Trump, where, according to New York magazine, she handled PR for Ivanka Trump's fashion line and some Trump resorts. 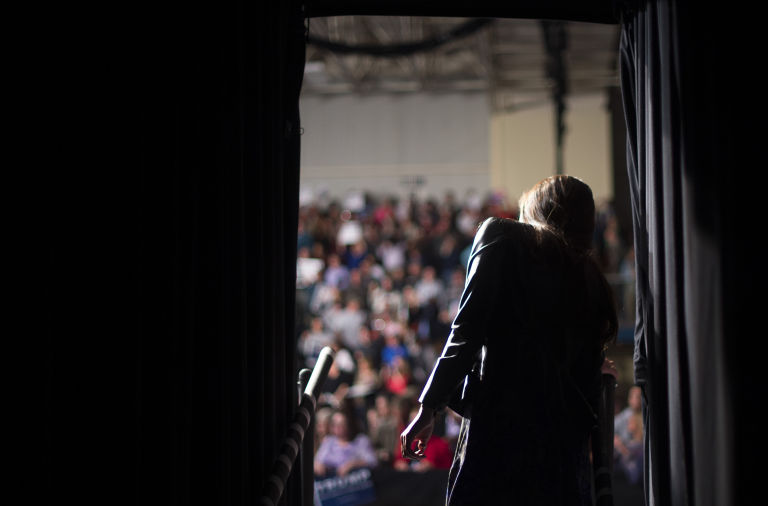 Hope Hicks at a Trump campaign event in South Carolina in February.
GETTY

5. She had no political experience prior to the Trump campaign. In January 2015, Trump called her into his office and, according to New York magazine, said he was making her the press secretary for his upcoming presidential campaign, which officially started in June. And that was that.

6. Her job duties include helping Trump tweet. Hicks takes dictation from Trump for his tweets, then sends them to someone else in the Trump organization to actually tweet, The Washington Post reported.

7. She's the only young woman in Trump's inner circle — which includes Corey Lewandowski, the campaign manager charged with battery after he allegedly roughed up a female reporter. Hicks' job has included issuing statements in defense of Lewandowski. 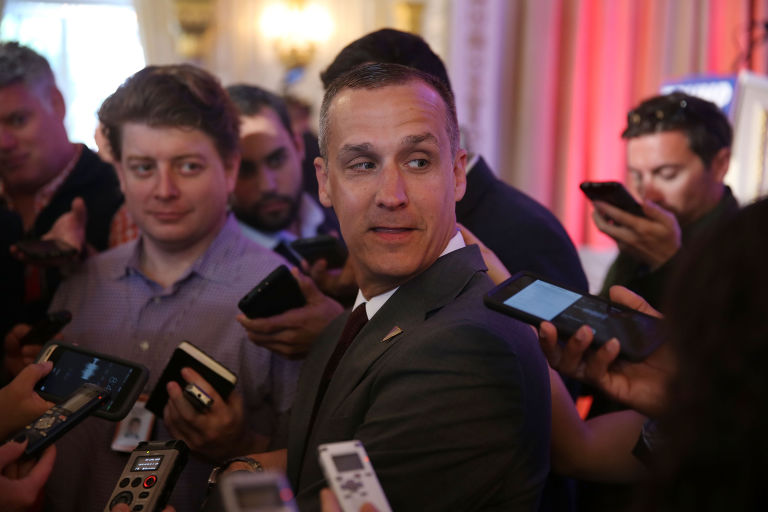 8. Former colleagues and friends praise her incredible work ethic. And they described her as likable, loyal and resilient, according to The Washington Post.

9. They also said working with such a controversial figure won't hurt her career prospects. In fact, it'll likely help her. "When looking at Hope [as a job candidate], I'd be less interested in how intimately she was involved in crafting Trump's persona and more interested in how she functions under pressure, works with reporters and carries herself with integrity — all of which she does very well," David Shane, former executive vice president at Hollywood studio Relativity, told The Washington Post.

10. Previous profiles of Hicks have mentioned that she's a dead ringer for supermodel Hilary Rhoda. And though it's hardly relevant to her job  — though Hicks has worked as a Ralph Lauren model and served as a one-time model for Ivanka Trump's collection in a "street style" blog post — there is certainly a resemblance.