Makeup guru turned mogul Huda Kattan has more Instagram followers than Britney Spears and Madonna combined–and 15 times more than Pat McGrath. Videos like "How to Fake a Lip Job" on Kattan's YouTube channel command up to 3 million views. Her Huda Beauty false lashes are Sephora's best-selling brand in the Middle East. So what sets the Dubai-based beauty expert apart from the how-to-makeup masses?

"I actually feel like I'm more a person with makeup on. You can become this character of who you really feel like you are on the inside," Kattan says. Raised in Tennessee and Massachusetts, the makeup-obsessed, self-proclaimed "ugly duckling" moved to Dubai in 2008. "In the beginning, to be honest, it took me awhile to get started. I was just a little nervous about blogging."

Millions of page views later, Kattan fields regular requests from brands looking to advertise on her site. "When you're being offered a lot of money you want to say 'yes,'" she says. "Sometimes the payoff is very short term. So you just have to think about that and say 'More will come later.'" Kattan is focused on what's next for Huda Beauty, Lip Contour pencils designed to reshape the mouth, out this month.

We caught up with Kattan for a crash course on airbrushed skin, super-long lashes, and the secret to super shiny hair. 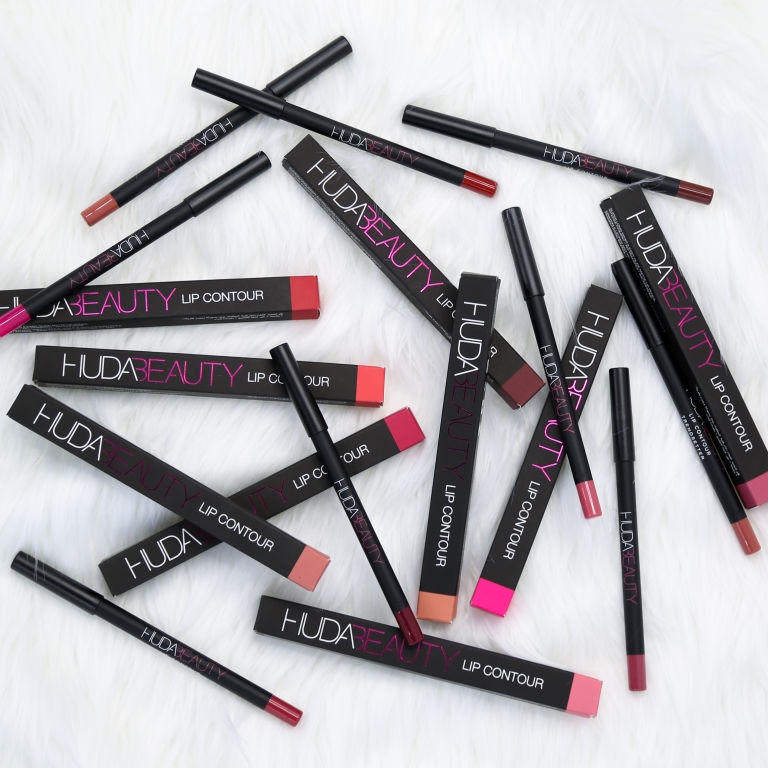 I've had cystic acne; I've had it all. I love red laser therapy or red light therapy and you can do it at your home and it's really convenient. Kim Kardashian used it to get rid of her psoriasis and I've been using it for years. It lifts your skin, literally gives you like a facelift, clears your skin tone so well, it gets rid of pores. It's the best thing I've ever used. I swear by it. The Baby Quasar is my overall favorite that I've used. It helped with the acne scars.

I have always been obsessed with lashes, I think because I was an ugly duckling. And I had really terrible lashes, I had like no lashes. I do have better lashes now, which is kind of funny because I wear false lashes all the time. But my lashes have improved so much because I use a lot of lash serum. I take good care of them. I actually mix two and I feel like that's how I've gotten the best results. But my favorite one if I had to pick one would only be the Neulash. I like Revitalash as well, but Neulash is my favorite. I think it says to use once a day; I use it like three times a day–in the morning, before I sleep, before I put my makeup on. If I'm not wearing makeup, I put it on as soon as I can. My lashes have become so long.

The Dior Show Maximizer, the lash plumper, is one of my favorite products that I've used for so long. I think I've probably been using it since I tried it. It's been the best one. It's conditioned my lashes, I even use it at home sometimes. I use it every single day, even when I'm not putting mascara on sometimes I'll just put it on my lashes. It's also made my lashes quite thick and healthy, and keeps them from breaking.

FILL IN YOUR SCALP WITH EYE SHADOW

Cover your roots with eye shadow. That's the one thing I think I've always kind of picked up and I think part of that comes from being photographed so much, you know, your scalp starts to show when you're taking photos and that really doesn't look so nice. I was doing a photo shoot and there was a celebrity hairstylist and she had like a brown powder that she uses for the scalp and I know every single celebrity's makeup artist, I believe, they use that too. Sometimes people are like, 'Why don't I look good in photos?' but sometimes there's those little things you don't realize that make such a major difference.

TRANSLUCENT POWDER IS THE KEY TO FACETUNED SKIN IRL

People don't even realize the way to get airbrushed skin is actually from powder! It's kind of funny but powder is the way you get a blended face. I went from a 2 to a 10 overnight when I learned that. After you contour, say you do cream contour, which a lot of people like to do, you then need to like set some areas, like the light areas with a light powder and the darker areas with a darker powder. Then you have to put another powder on top of all that. Your face tuning will go down an incredible amount. I love the Make Up For Ever one. I also like the Laura Mercier translucent powder, that one's very good. Here's the trick with powder: You need to moisturize your skin, you want that dewy skin to begin with. When you put the foundation on and you put the powder, everything will melt together if you do that, even if you put a ton of powder on.

One of my favorite drugstore brands, I love NYX. I like a Maybelline FIT foundation for light and natural. I would do a bronzer probably from NYX or even Revlon. Neutrogena makeup wipes I love; those are like my favorite. The L'Oreal Luminous Mascara is my go-to for sure. It's one of the few mascaras that really uses carbon, which makes it so black.

EVERYONE NEEDS A SIGNATURE RED LIPSTICK

I think Ruby Woo from M.A.C is just classic. It's really red–it's really super red–but I also like 99 Pirate from Chanel and I do like the deeper reds. If you wanted to go for a really sexy, ultimate red lip, I would take M.A.C Diva, put it all over my lip, and then just Ruby Woo right in the middle and jblend it out. That would be my perfect red lip.

The general rule is you do a three: go from the middle of the forehead, around the hairline, where the ear begins you go all the way into the center of your face where your eyes are, and then back to the hairline and along the jaw. Everyone should generally do that and a little contour along the nose. But you do have to adapt it to your needs. I think it's really important for people to understand their face shape. My jawline is really square so I just soften it up around the sides, otherwise I can look really masculine.

I have this trick that is the best thing in the world. It's made my hair not only healthy but also manageable and ridiculously shiny. Before you shower you brush your hair–you don't use a comb, you brush your hair. You can never brush your hair wet, that's a big no-no. And then I put a little conditioner from the bottom half. I'll start where my neck is and I'll go all the way down. I won't put anything on my roots and then I'll let that sit for a minute or two. Then I'll start to shampoo my hair and I'll shampoo it twice. That usually gives me really good body. I actually let that rinse out the conditioner, I don't really rinse out the conditioner. And then when I get out of the shower I put serum on my hair. I love Show Beauty Argan oil. Sometimes mix it with the Kindy Oil line from Alterna, it's amazing. I'll put it directly on the my hair and then I'll put conditioner on my hands afterwards. This is all on the ends; I don't put anything on the roots. And then I let that sit for 5-10 minutes and then I rinse everything out. It's just the best thing I've ever done.