"You're going for another run? That's your second run today," my freshman roommate asked with obvious concern.

"I'm training for another race," "I need some fresh air," or "I'm just stressed about an exam," were always my excuses. Whenever she would probe with questions, I would always have a well-versed reply. After awhile, she simply stopped asking.

The truth was that I could "hit the gym" up to five times a day. After eating, I would need to immediately "burn it off," even if it was justa salad. This pattern became my lifestyle as a young college student.

It wasn't always this way. In middle school, I was teased for being overweight and my self-worth became dependent on peer approval. When I was teased, my method of emotional healing was eating. Like an alcoholic to booze, I self-medicated with sugar. The daughter of a professional baker, we always had treats available. I was caught in a vicious cycle of social rejection, overeating to alleviate pain, and an unhealthy dose of soul-crushing shame. I remember eating three boxes of Girl Scout Samoas in one sitting and hiding the evidence.

This shame-eating was replaced during adolescence with shame-exercising. This happened because I liked the attention I received for losing weight. My weight never dropped to an unreasonable level but I was noticeably thinner. I had boyfriends and experimented with makeup. Image became everything and I delighted in being noticed (instead of thinking I was invisible). I loved to wear fashionable clothes and show off my "progress."

To run faster and harder, I would imagine running away from former bullies with tears in my eyes.

"THEN, I MET THE LOVE OF MY LIFE AND THINGS SHIFTED. MY DESIRE TO BE WITH HIM OVERSHADOWED MY NEED TO ATTRACT OTHERS AND FIND VALIDATION ELSEWHERE."

Then, I met the love of my life and things shifted. My desire to be with him overshadowed my need to attract others and find validation elsewhere. His message was always the same, "I love everything about you."

We were married a few years later and it seemed that my struggle was over. For the first time in my life I felt understood and accepted. I was less anxious, more secure, and finally loved unconditionally.

Things shifted again when our first child was born. I suffered with life-threatening preeclampsia and HELLP syndrome, so when I stepped on the scale postpartum, I was the heaviest I had ever been.

My heart sunk when I saw that I had gained over 100 pounds. It triggered those old days for me. I knew that being that heavy would compromise my health, and my desperation to drop weight quickly triggered the pattern of under-eating and over-exercising.

It was all I knew. I was exhausted and hungry. There was absolutely nothing healthy about what I was doing as a new mom, but I was continuously praised for how beautiful I looked and how happy I seemed to be now that I had achieved my ideal weight.

But what they didn't know is that I downloaded apps to track my food and exercise. I was eating less than 500 calories a day (less than 20 grams of carbs), and clocked in several miles on the treadmill. I would put my son in the gym's daycare and attend three classes in a row. I signed up for a weight loss boot camp. I would "go for a run" and run until I "burned off dinner."

My loving husband was concerned but he traveled for work and was often out of town, so he didn't see my spiral. And to make matters worse, most of my friends were caught in the same vicious cycle. My competitive and often insecure nature dialed in to this and I found myself comparing my weight loss to theirs, deciding who had been "more successful" at the gym that week. 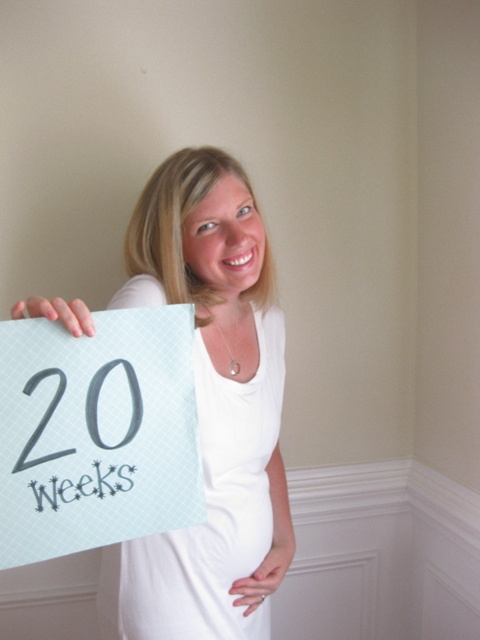 And then, I was pregnant again. Seeing that positive pregnancy test was a moment of clarity for me. Our first child's premature birth was full of complications. I couldn't go through that again. Knowing that I had been given an opportunity to have a healthy pregnancy a second time was totally life-changing. I deleted all of the tracking apps and met with a prenatal nutritionist and trainer the following week. I was able to carry to full-term with no complications.

Four years later, I am now in a place of peace. Although I am not my ideal weight, I am healthy and balanced. I approach personal health and fitness with compassion and love.

I bought a FitBit and track daily exercise with friends and family. For me, it is a way to check in. When I am taking too many steps, I listen to my heart and mind before diving back in. I still have doubts, but I am learning.

As a mother, I have an opportunity to be a strong and positive role model for the next generation. I can choose to end the cycle of shame once and for all.