"Human rights and political repressions in Armenia". a record four years of torture and deprivation of life A public discussion titled "Human rights and political repressions in Armenia" took place in Yerevan, in which human rights defenders, former and current members of parliament working on human rights protection, social and political figures, and many citizens concerned about the situation from various fields participated. Varazadat Harutyunyan, a member of the defense group of political prisoner Avetik Chalabyan, gave a report at the discussion, Menua Soghomyan, a member of the "Unification" initiative, presented the socio-political developments of the situation, Avetik Ishkhanyan spoke about the supremacy of law and principles, honorable participants shared their oppinions too. Avetik Chalabyan's wife, Anahit Adamyan, read Avetik's message sent from detention, some part of it, specifically reads:

"The modus operandi of this regime is not new, it has blockaded the courts in the past without a twinge of conscience in order to intimidate judges and subjugate them to its will, it has seized the Constitutional Court in an unconstitutional way, it has subjugated itself to the Supreme Judicial Council through cynical blackmail, it has appointed its high-profile public positions in the law enforcement system. All this was committed in order to create a monolithic repressive machine, and through it to repress the citizens and organizations that push the national interests of Armenia and did not tolerate the defeatist course of the regime. However, not only they are being persecuted in Armenia today, justice in general is imprisoned. Various henchmen of the regime can kill people and remain free, while the rest of the citizens are deprived of even a theoretical opportunity to legally protect their interests and rights," reads the message of political prisoner Chalabyan.

Naira Zohrabyan, the former head of the Human Rights Commission of the National Assembly, spoke about the unprecedented situation of human rights violations in Armenia, noting that "in the Council of Ministers, they spat on us for years, saying that you use detention as a means of restraint more than permitted and it can be considered as a torture. Armen Grigoryan died before my eyes in the court today. Aghvan Hovsepyan was never my hero and I always had a conflict with him when he was the chief prosecutor, but when I was told yesterday that the person with 27 sugars fainted while being transferred from one hospital to another, he is in a comatose state. What is this if not torture? As for Chalabyan's case, this is directly a personal vendetta against man."

Avetik Chalabyan's lawyer Varazdat Harutyunyan noted in his speech that detention in RA, especially in the light of recent events, is used as a punishment. According to him, when a person, appearing against the state's repressive machine, he has no chance to defend himself, in case the political authorities have decided to imprison a person.

Former MP, lawyer Zaruhi Postanjyan mentioned that the lack of reaction of international institutions to the mass crimes and human rights violations is due to the lack of work. Alvina Gylumyan, the former judge of the Constitutional Court, touched on the topic from a different point of view, noting that international structures respond to violations when the public revolts against them.

"When the government managed to behave in this way towards the Constitutional Court, to behave in this way with judge Davit Grigoryan, they managed to organize an attack on Azaryan, and the society was silent, a feeling of insecurity arose among the judges. A question that I raised during the 2016 constitutional amendment, with the authors of the amendment, is whether you think we have become so democratic that we can lower the threshold for judicial immunity. And the experience showed that no, we did not achieve that, and the judges started to be more cautious," she said. 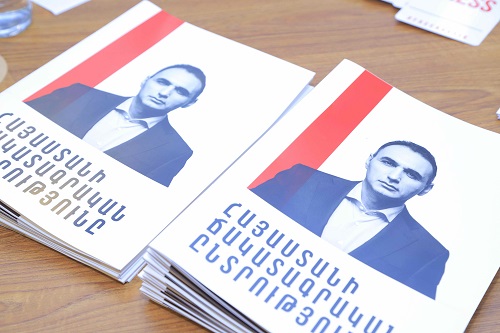 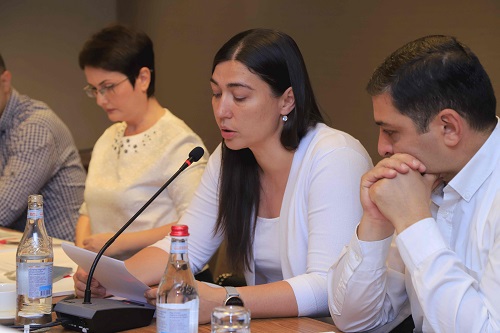 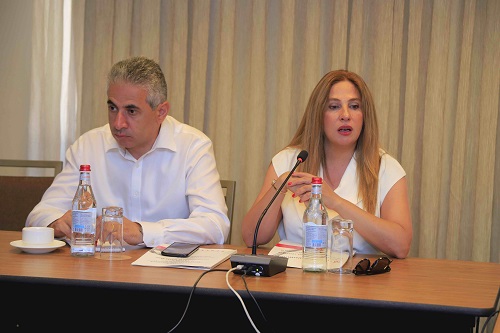 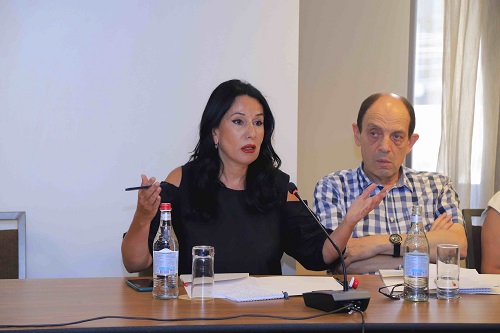 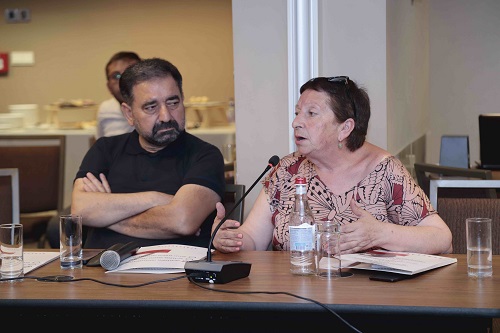